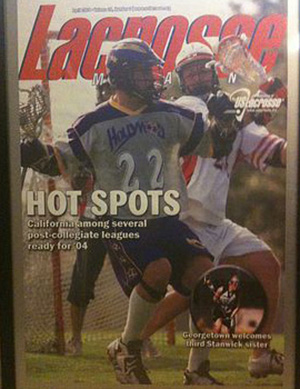 Tarik is the Head Coach of Oak Park High School and played collegiate lacrosse at Cornell University. As a coach, he has lead OP to several league Championships and has been the head coach of multiple West Coast Starz National teams. in 2014, Tarik was named US Lacrosse Coach of the year, his second award in four years. Tarik is entering his third season as the head coach of our Mavs Elite Team. 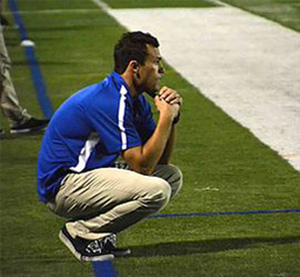 Originally from Maryland, Jack attended The Boys’ Latin School, where he won an MIAA “A” Conference title as an attackman. He was a member of the Griffins Lacrosse Club and Baltimore Prep (now Baltimore Crabs) and attended the University of Maryland. Upon graduating in 2011, Jack relocated to Malibu, CA to pursue a career in marketing. In 2012, he joined Sean Lindsay and the Agoura Lacrosse Association, where coached the U15 team to two SCLA Championships in 2012 and 2015. Jack served as the head coach of Agoura JV from 2013-2016, winning a Marmonte League title in 2013. He has served as an assistant coach of the Agoura Varsity since 2013. In 2018, the Chargers were named Marmonte League Champions and reached their second-straight CIF Southern Section semi-finals. Jack has been with the Mavs since 2012 and coaches the Mavs High School, Elite and National teams.

Matt Horowitz – Originally from Yorktown, NY, Matt is currently the Agoura High Varsity Assistant Coach. Matt was a midfielder for The Ohio State University from 1991-1995. In his senior year, he was named team captain, team MVP, and 2nd Team All-Great Western Lacrosse Conference. Matt finished with an 88% Career Faceoff Winning Percentage at OSU. He won 2 New York State Championships at Yorktown High School in New York. in 2014, Matt was named US Lacrosse Assistant Coach of the Year. Along with Tarik Ergin, Matt coaches our Mavs Elite A team. 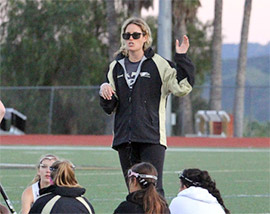 Originally from Long Island, NY, Courtney graduated from West Islip High School where she was captain and all-league volleyball and lacrosse player, as well as Suffolk County Rookie of the Year. Courtney moved to California in 2007 to attend Pepperdine University where she was a four-year starting midfielder for the Pepperdine women’s lacrosse program. She served as program president and team captain from 2010-2011 and earned All-Western Women’s Lacrosse League honors. Courtney has volunteered with The Fields of Growth, the Federation of International Lacrosse and the Ugandan Lacrosse Union, where she led training programs and helped start the first Ugandan National Team, which competed in the World Championship Games in 2014.

Courtney served as head coach of Oak Park High School from 2012-2016, during which time she led the Eagles to the LA Semi-Finals in 2012 and the LA CIF Championships from 2013-2016. In 2016, the Eagles secured their first CIF Northern Section Championship. Under her guidance, Courtney coached two US Lacrosse All-Americans, two USL All-American Honorable Mention, five USL Academic All American, six First-Team All-Ventura County, and two Second-Team All-Ventura County selections. In 2016, Courtney was named US Lacrosse Northern Division Coach of the Year. Courtney was named the head coach of Agoura High School in 2018. In her first season with the Chargers, she led them to a 13-6 record and a CIF Championship appearance after entering the post-season ranked seventh overall.
In addition to her time at Oak Park & Agoura, she has coached the Los Angeles Women’s National Team (WDNT), which competed at the national tournament in 2015 and 2016. Courtney has served as Director of the Lady Mavs program since its inception in 2011. 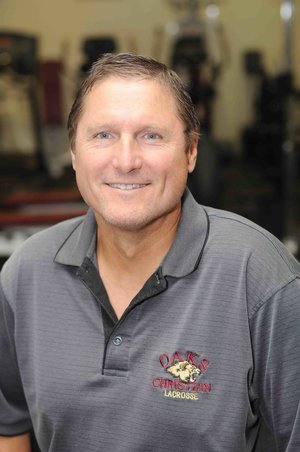 A native of Huntington, NY, Geoff has been playing, coaching and running lacrosse programs for over 45 years. He is the founder of the Conejo Valley Lacrosse League (CVLL), which he ran from 2001-08. In 2002, Geoff launched the CVLL Fall Instructional program which in 2004, spun off the CVLL’s High School division into the Southern California Lacrosse Association (SCLA), which is the current youth organization serving over 1,400 kids in Northern Los Angeles. Geoff founded the Oaks Christian School lacrosse program in 2004 and served as Head Coach until 2008. He has also served as head coach of the Newbury Park HS and CSU Channel Islands programs, Offensive Coordinator at Westlake HS and the girls head coach of La Reina High School. Geoff has worked with The LA Mavs program, coaching high school, elite and national travel teams. He is currently the Director of Lacrosse at Oaks Christian School. Geoff was inducted into the US Lacrosse-Los Angeles Hall of Fame in 2018. 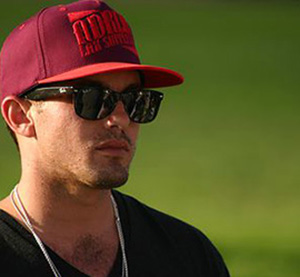 Blair Bennett – Started playing lacrosse in the original Conejo Valley League. He went to Oak Park High School from 2004-2007 where he was a 3x team captain and 2007 State Champion. In the Summer and Winter of his HS career Blair played for the West Coast Starz where he was named team captain twice. After HS he would go on to play at Chapman University from 2007-2009. While there, the team made it to the MCLA National Championship game losing to Michigan both times. Blair would then tranfer to UCSB where he would continue to play from 2010-2012. Blair has been a coach for the LA Lazers Club, the South Bay Lacrosse Club. Last Spring he coached the Agoura youth U13 team to an undefeted championship season. Blair is currently the LA MAVS U13 Head Coach. 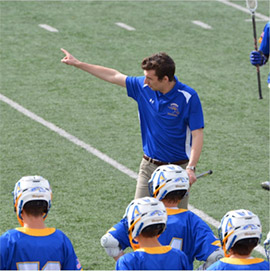 Nick is a 2011 graduate of Agoura High School where he helped the Chargers to a league championship in his junior year. He served as captain in his senior season, earning All-League honors as a midfielder. After graduating, Nick attended the University of San Diego, where he played four years of MCLA lacrosse for the Toreros. After his freshman season, USD lost their starting goalie and Nick made the switch from midfield to help his team. In goal, Nick was a three-year starter, two-time team defensive MVP and captained the team in his junior and senior seasons. Upon graduating, he began a career in accounting with PwC and served as head coach of the Agoura JV from 2015-2016. Nick has coached with the Mavs youth and high school teams since 2012. Nick is an alumnus of the LA Mavs program. 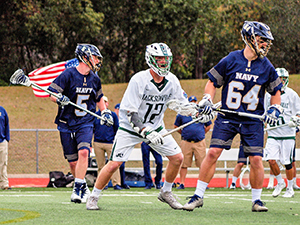 A 2016 graduate from Westlake High School, Brett had an outstanding career with the Warriors, where he was named 2014 Marmonte League MVP, Westlake Team MVP and US Lacrosse All-American. One of the most dominating attackmen in Los Angeles, Brett totaled over 200 points and over 100 ground balls during his high school career. He currently attends NCAA Division I Jacksonville University, where he started at attack a freshman and midfield as a sophomore and has recorded 20 points over two seasons. 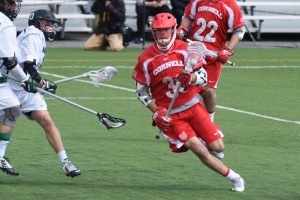 A four-year letter winner at Westlake High School who served as team captain in each of his final two seasons. Conor helped the team to a pair of Marmonte League titles. A three-time All-Marmonte League selection, 2015 first-team All-Ventura County selection, Conor was named Westlake’s offensive MVP twice and was the team’s overall MVP once. In addition to playing varsity lacrosse, Conor is a Marine Option Midshipman in the ROTC at Cornell. In 2017, he received the 1812 Award of Merit for exhibiting academic excellence, leadership, military discipline, dependability, patriotism and upright character in speech and habits. 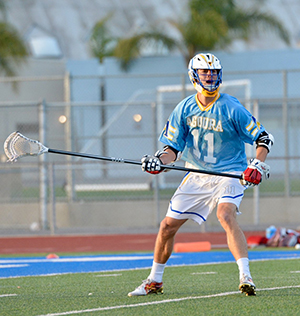 A 2017 graduate of Agoura High School, Taylor captained the Chargers during his senior season. The 6-foot-4 defenseman was the top defenseman in the area as a senior. The first-team All-Marmonte League, First-Team All-Ventura County and US Lacrosse All-American selection scooped up 92 ground balls and caused 53 turnovers during the Chargers’ run to the Northern Division semifinals. He also scored three goals and had eight assists. Taylor is an alumnus of the LA Mavs program. 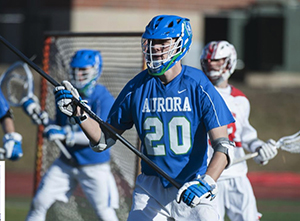 Bryce attended Newbury Park High School where he was a four year varsity starter at defense and All-Marmonte League selection for the Panthers. Bryce attended NCAA Division III Aurora University in Chicago and was an immediate starter for the Spartans. He has recorded 106 caused turnovers and 101 ground balls and earned First-Team Midwest Lacrosse Conference and First-Team All-Academic honors in each of his first three seasons. Bryce represented Sweden in the 2018 FIL World Lacrosse Championship Games in Netanya, Israel and will be pursuing a law degree after his graduation from AU. 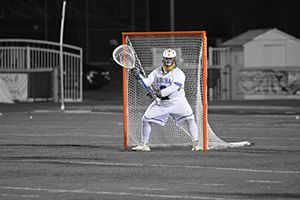 A 2016 graduate of Agoura High School, Jason finished his high school career as the most decorated goalie in Agoura history, anchoring the 2016’s CIF Southern Section second-ranked defense in goals allowed at 5.8 per game. In 17 games, the Chargers held 13 opponents to fewer than 10 goals and eight to five or fewer. Following his outstanding senior season during which he recorded 171 saves, Jason was named First-Team All-Ventura County, Marmonte League Most Valuable Player, and US Lacrosse All-American. Jason attended the prestigious Hill Academy in Canada for a post-graduate year in 2017, where he helped the Pride to a 15-1 record and a GEICO Nationals Championship. Following his year at the Hill, Jason committed to NCAA Division II Mercyhurst University. Jason is an alumnus of the LA Mavs program. 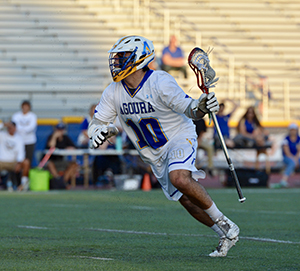 The 2017 graduate of Agoura High School set a school record with 193 points during his four year career with the Chargers. Marty was named captain of the team his senior year, when he led his squad to the LA Semifinals. Marty was named 2017 Marmonte League co-MVP (along with Will Dutton), two-time All-Marmonte League selection, and a two-time US Lacrosse All-American. During his freshman season at Onondaga CC, Marty scored 12 goals and 2 assists for 14 points as the Lazers completed an undefeated season and won their 11th NJCAA National Championship. Marty is a lifelong member of the LA Mavs family. 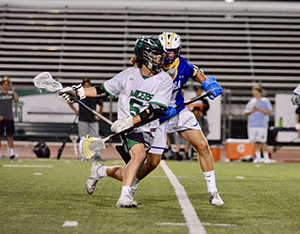 2017 Graduate of Thousand Oaks High School, Will led the lancers to a Marmonte League title in his senior season while logging 21 goals, 16 assists, 92 ground balls and 25 caused turnovers.  He was named Marmonte League co-MVP (along with Mavs classmate Marty Shargel), Ventura County Player of the Year, and US Lacrosse All-American. Following his graduation from TO, Will began his career at NCAA Division II Westminster College and was an immediate impact at midfield for the Griffins, playing in 14 games and registering one goal and 10 assists for 11 points and 13 ground balls. Will is an alumnus of the LA Mavs program. 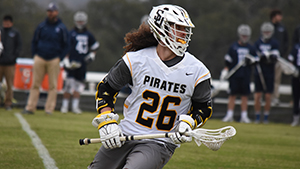 Zac is a 2017 Graduate of Thousand Oaks High School, where he led the Lancers to a Marmonte League title in 2017. He registered 53 points on 31 goals and 22 assists in his senior season. He was a three-time All-Marmonte League selection, First-Team All-Ventura County, and US Lacrosse All-American during his high school career.
As a freshman in 2018, Zac led the Southwestern University Pirates with 82 points on 36 goals and 46 assists. He finished the season with 2.81 assists per game, which was 11th in all of NCAA Division III. His 5.13 points per game were 16th in all of NCAA Division III. Zac is an alumnus of the LA Mavs program. 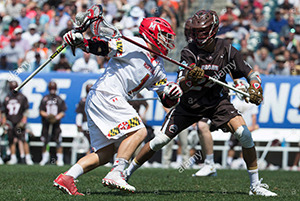 All-Ivy League defenseman from The Thacher School in Ojai, CA who totaled 47 Ground Balls and 32 Caused Turnovers in his career with the Bears. 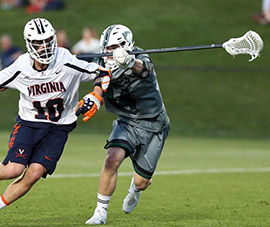 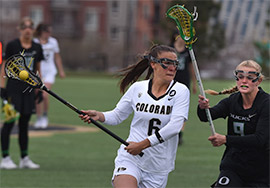 A 2018 graduate of CU Boulder, Kelsie was a four-year starter at defense that helped lead the Buffs to their first ever Pac-12 Women’s Lacrosse Regular Season Championship in 2018. Kelsie recorded 85 caused turnovers, 160 ground balls and 59 draw controls during her career. She was named 2018 All-Pac 12 Second-Team and Pac 12 All-Academic Selection, 2017 Mountain Pacific Sports Federation Second-Team Selection and MPSF All-Academic Selection. Kelsie is a graduate of Agoura High School, where she was the 2014 recipient of the Jackie Pitts award, given to the AHS Athlete of the Year. She holds the record for most goals scored in a single game. Kelsie recorded 88 goals and 34 assists in her career. 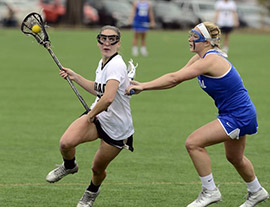 A 2016 graduate of CU Boulder, Sarah recorded 54 goals, 76 ground balls, 39 caused turnovers, 20 draw controls and 3 assists during her career. Sarah made an impact on both ends of the field, playing major roles on both defense and in the midfield for the Buffs. A native of Reading Massachusetts, Sarah was the first ever senior to graduate from the CU program following it’s transition into the NCAA Women’s Division I level.

TAKE THE NEXT STEP